You are here: Home / Coming Up

The lessons that appear on JGB are based on requests I’ve received in the order I receive them.
This page will always show the next 20. The exceptions to this are the artists that I’ve committed to producing comprehensive collections. They are The Beatles, Donovan, Joni Mitchell, James Taylor, Ralph McTell, America and Don McLean. They won’t appear on this list but will be added to the site from time-to-time.

Feb update – I’m having severe nail problems right now! That makes fingerpicking impossible for a while. The next few songs to be done will, of necessity, be strummed or picked with a pick.

Kate Bush – The Man With The Child In His Eyes

Dave Mason – Sad and Deep as You

Billy Joel – Just The Way You Are

Paul McCartney – Heart of the Country

Eddi Reader – My Love is Like a Red Red Rose

We use a simple discount system at Jerry’s Guitar Bar. The more lessons you buy (at one time), the higher your discount.
As soon as you add 3 or more lessons to your cart, the discount begins to kick in. 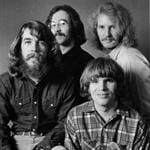 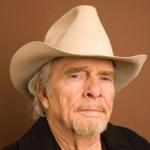 Here’s what people are saying